Too much about certain broad, canonical business strategies ("reach for blue ocean markets") and LEGO's failures, or rather failed timing, applying these strategies, but maybe that is just how business book are. The thing that keeps the book floating is the particular case - the Lego brick. Read full review

I found the history of lego from its beginnings to close demise and finally it's meteoric rise a very interesting read. When it comes to shaping the how's and whys into a clear set of achievements and how to's is another thing. Read full review

DAVID C. ROBERTSON is a Professor of Practice at the Wharton School of the University of Pennsylvania, where he teaches Innovation and Product Development. Prior to joining the faculty of the Wharton School, Robertson was the LEGO Professor of Innovation and Technology Management at IMD in Lausanne, Switzerland from 2002 through 2010. As the LEGO Professor, Robertson was given unique access to the company’s management team, has written two case studies about the company, and is the co-author of a Harvard Business Review piece on LEGO. At IMD, Robertson was the co-director of the school’s largest executive education program, the Program for Executive Development, and directed programs for Credit Suisse, EMC, HSBC, Skanska, BT, and other leading European companies. For more on Robertson’s background, and to contact him for speaking and consulting engagements, visit www.robertsoninnovation.com.

BILL BREEN is a founding member of the team that launched Fast Company, which gained an avid following among businesspeople and won numerous awards, including the National Magazine Award for General Excellence. As senior editor, he edited Fast Company's special issues on design and leadership and wrote many articles on competition, innovation, and personal success. He is the coauthor of The Responsibility Revolution and The Future of Management, which the editors of Amazon.com selected as the best business book of the year. Breen speaks to business audiences on leadership, innovation and sustainability; he has appeared on CNN, Fox, CBS, National Public Radio, and other media outlets. 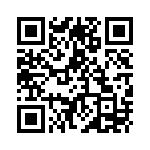