This is a useless book and I couldn't find any worthy information. This hurts my wellbeing because it got me a bad grade in school. My wife left me for this because she thought I was irresponsible and took my two-year-old with her. I feel agitated by your word choice and the way you chose to write it. Please do something productive with your life next time. Please refund the time I spent reading this book. I lost my poor Charlie because of you and you only. 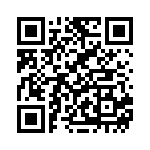