Mary Fulbrook is Dean of the Faculty of Social and Historical Sciences at University College London (UCL). She was founding Joint Editor of German History, and has served as Chair of the German History Society as well as Chair of the Modern History Section of the British Academy. Her books include Anatomy of a Dictatorship: Inside the GDR, 1949–1989 (1995), German National Identity After the Holocaust (1999), Interpretations of the Two Germanies, 1945–1990 (Second Edition, 2000), Historical Theory (2002), A Concise History of Germany (Second Edition, 2004), The People’s State: East German Society from Hitler to Honecker (2005), Dissonant Lives: Generations and Violence through the German Dictatorships (2011), and the Fraenkel Prize winning A Small Town near Auschwitz: Ordinary Nazis and the Holocaust (2012). 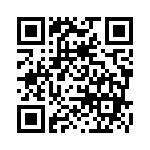