Jonathan Price is Lessing Professor of Ancient History at Tel Aviv University. He is the author of Jerusalem Under Siege: The Collapse of the Jewish State, 66-70 C.E. (1992), Thucydides and Internal Conflict (Cambridge, 2002), and dozens of articles on Greek and Roman historiography, the Jews under Roman rule, and epigraphy in Greek, Hebrew and Aramaic. He is the editor of the Jewish inscriptions for the Corpus Inscriptionum Iudaeae/Palaestinae: A Multi-lingual corpus of the Inscriptions from Alexander to Muhammad (CIIP) (5 volumes, 2010-2020).

Katell Berthelot is a CNRS Professor within the University of Aix-Marseille, working on the history of Judaism in the Hellenistic and Roman period. Her most recent book is In Search of the Promised Land? The Hasmonean Dynasty Between Biblical Models and Hellenistic Diplomacy (2018). She has received a Consolidator Grant from the European Research Council, to work on the political and religious challenge posed by the Roman Empire to the Jews (www.judaism-and-rome.org). 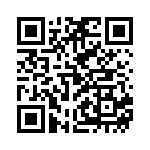