LOUISE SCHLEINER is Associate Professor of English at Washington State University and author of The Living Lyre in English Verse from Elizabeth through the Restoration and Cultural Semiotics and the Elizabethan Captive Woman. 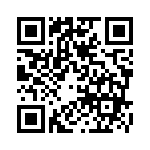