Everything about this subject matter should be directly up my alley, and indeed, there were a number of sections that were fascinating. And yet still, for some reason I kept having to force myself to ... Read full review

From my Cannonball Read 5 review ... “A simpler life with more exercise, fewer processed foods, and closer contact with our children may well be good for us. But we shouldn’t seek to live that way ... Read full review

Marlene Zuk is Regents Professor of ecology, evolution, and behavior at the University of Minnesota and studies animal sexual behavior and communication. The author of Paleofantasy and Sex on Six Legs, among other works, she lives in St. Paul, Minnesota. 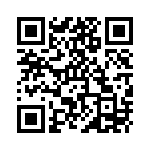