Sir Roy Strong CH, historian, diarist and gardener, was Director of the National Portrait Gallery and the Victoria & Albert Museum. His previous two volumes of his diaries: SPLENDOURS AND MISERIES and SCENES AND APPARITIONS brilliantly cover the years 1967-2003. His acclaimed THE STORY OF BRITAIN was updated and reissued in 2018. 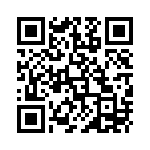