Barbara M. Kreutz was Dean Emeritus of the Graduate School of Arts and Sciences of Bryn Mawr College. 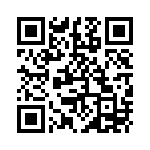