The girls of slender means

"Spark, as usual, has perfectly plotted and peopled this giddy world of postwar delirium and girls' dormitory life," said LJ's reviewer of this satirical novel (LJ 10/1/63), which follows the low ... Vollständige Rezension lesen

Muriel Spark has been called "our most chillingly comic writer since Evelyn Waugh" by the London Spectator, and the New Yorker praised her novel Memento Mori ri (1959) as "flawless." Her fiction is marked by its remarkable diversity, wit, and craftsmanship. "She happens to be, by some rare concatenation of grace and talent, an artist, a serious---and most accomplished---writer, a moralist engaged with the human predicament, wildly entertaining, and a joy to read" (SRSR). She became widely known in the United States when the New Yorker devoted almost an entire issue to The Prime of Miss Jean Brodie (1961). Set in Edinburgh in the 1930s, this is the story of a schoolteacher, her unorthodox approach to life, and its effect on her select group of adolescent girls. Though their idol turns out to have feet of clay, she leaves an indelible mark on their lives. The Girls of Slender Means (1963), also warmly praised, is a sardonic look at the vivacity of youth and the anxieties of young womanhood. Reviewing The Mandelbaum Gate (1965) for the New Republic, Honor Tracy wrote: "There is an abundance here of invention, humor, poetry, wit, perception, that all but takes the breath away. . . . The story, in fact, is pure adventure, with the suspense as artfully maintained as anywhere by Graham Greene, but this is only one ingredient. There are memorable descriptions of the Holy Land, fascinating insights into the jumble of intrigue and piety surrounding the Holy Places, and penetrating studies of Arabs. . . . In each of [Spark's] novels heretofore one of her qualities has tended to predominate over the others. Here for the first time they are all impressively marshaled side by side, resulting in her best work so far." The daughter of an Englishwoman and a Scottish-Jewish father, Spark was born and educated in Edinburgh. After her marriage in 1938, she lived for some years in Central Africa, a period rarely reflected in her work. During World War II, she returned to Britain, where she worked in the Political Intelligence Department of the Foreign Office after the breakup of her marriage. She has been a magazine editor and written poetry and literary criticism. Spark has lived in London's Camberwell section, the setting of The Ballad of Peckham Rye (1960), but now makes her home in New York. Her novels reflect her conversion to Roman Catholicism. 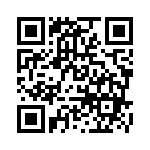