James Risen is a former New York Times reporter who had the difficult task of covering the intelligence agencies. In this book he reports on stories he investigated. The stories are very different in ... Read full review

This is a must read for anyone concerned about the development of the military-industrial complex that has developed over the years, especially since 9/11. Much of the impetus behind the continued ... Read full review

James Risen is an investigative journalist with the New York Times, and author of the New York Times bestseller State of War, among other books. In 2006 he won a Pulitzer Prize for his stories about warrantless wiretapping by the NSA. In 2007 he was elected into the American Academy of Arts and Sciences. 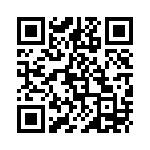