Review: A People's History of the United States

Soooooo much information. Howard Zinn, you are a historical rockstar. I am absolutely positive that I already don't remember half of the things I read in this book, and I just finished it yesterday ... Read full review

Review: A People's History of the United States

What at times can be illuminating quickly turns into a preaching, repetitive recanting of American history. There is very little reason to be told why the reader should care beyond just knowing. Zinn does have a way with words though. Read full review

Howard Zinn (1922-2010) was a historian, playwright, and social activist. His many books include A People's History of the United States, which has sold more than two million copies. 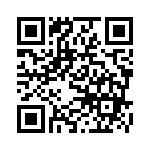