Running to 432 pages, including 10 pages of maps and geneological tables, an introduction (100 pages), the translated Life (134 pages), scholarly footnotes (144 pages), bibliography and index, this is ... Read full review

St Adomnan was born in Ireland c.628, a descendant of St Columba's grandfather. In 679 he became the ninth abbot of Iona. He played an important role in persuading the northern Irish churches to adopt the Catholic date for Easter, but his most famous work is his Life of St Columba. He died on Iona in 704. Dr Richard Sharp is a Fellow of the Society of Antiquaries and since 1987 has served as a member of Oxford City Council. He is a Reader in Diplomatic in the Faculty of Modern History and a professorial fellow of Wadham College, Oxford. 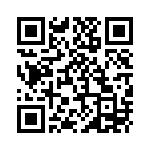