Grif Stockley is a lawyer, the author of five murder mysteries (Expert Testimony, Probable Cause, Religious Conviction, Illegal Motion, and Blind Judgment, all from Simon & Schuster), and a longtime scholar of the Elaine race riots. His new novel, Salted with Fire, will appear in June 2001. 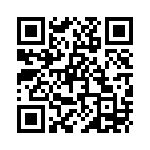