Policing the Black Man explores and critiques the many ways the criminal justice system impacts the lives of African American boys and men at every stage of the criminal process, from arrest through ... Read full review

“The political justice system polices black men at every step of the process,” asserts Davis (Arbitrary Justice), a professor of law at American University and editor of this eye-opening assemblage of ... Read full review

ANGELA J. DAVIS is a professor of law at the American University and a former director of the D.C. Public Defender Service. She is the author of Arbitrary Justice: The Power of the American Prosecutor and the coeditor of several books on criminal law and procedure. She has also written many articles and contributed chapters to many books on prosecutorial power and racial disparities in the criminal justice system. 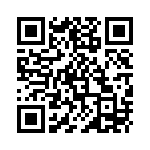