Lord John is in his brother's regiment which is readying to ship off to Prussia. He finds a new romance, investigates his father's murder, and survives attempts on his life. Oh, and he's still ... Read full review

This is an offshoot of Diana Gabaldons Outlander series. Personally I happen not to be a fan of the Lord John series but it does blend with the series letting the readers get to know the characters even better. Read full review

Diana Gabaldon is the #1 New York Times bestselling author of the wildly popular Outlander novels—Outlander, Dragonfly in Amber, Voyager, Drums of Autumn, The Fiery Cross, A Breath of Snow and Ashes (for which she won a Quill Award and the Corine International Book Prize), An Echo in the Bone, and Written in My Own Heart’s Blood—as well as a collection of Outlander fiction, Seven Stones to Stand or Fall; the related Lord John Grey books Lord John and the Private Matter, Lord John and the Brotherhood of the Blade, Lord John and the Hand of Devils, and The Scottish Prisoner; two works of nonfiction, The Outlandish Companion, Volumes 1 and 2; the Outlander graphic novel, The Exile; and The Official Outlander Coloring Book. She lives in Scottsdale, Arizona, with her husband. 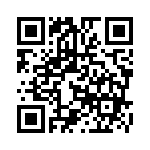