What a total blast! The Japanese in WW2 bury a bunch of gold in the Philippines. Then in the 1990s or so, folks go treasure hunting. Lots of cryptography, sure. I read Kahn's Codebreakers when I was ... Read full review

Neal Stephenson is the author of Reamde, Anathem; the three-volume historical epic the Baroque Cycle (Quicksilver, The Confusion, and The System of the World); Cryptonomicon; The Diamond Age; Snow Crash, which was named one of Time magazine's top one hundred all-time best English-language novels; and Zodiac. He lives in Seattle, Washington. 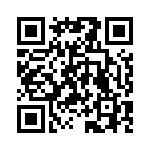