John Sutherland (born 1938) is an English professor, journalist, and author of over seventeen books. Currently a Professor of Modern English Literature at University College London, he specializes in Victorian fiction, 20th century literature, and the history of publishing. He lives in England.

Scott is a senior civil servant with the provincial government in Nova Scotia.

David Feldman is Barber Professor of Jurisprudence, and Head of the School of Law at the University of Birmingham. He has previously taught at the Universities of Bristol, Cambridge, Oxford, and at the Australian National University, Canberra. He is also, amongst other things, a member of the
Editorial Committee of The Anglo-American Law Review and the Journal of Civil Liberties. 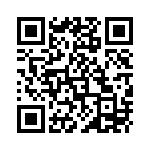