Eddie Robson is an experienced journalist, and has covered film, television, music, books and computer games. His professional credits include the Guardian, Film Review, What DVD and SFX magazine. 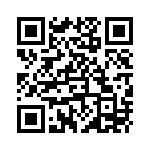