Edmund Burke, MP was not in favour of popular enthusiasms, and when they rise to actual violence, well that is beyond the pale. Even though there may well have been reasons for the uprising, there ... Przeczytaj pe³n± recenzjê

I try to scrape all unfavorable reviews down to an absolute minimum of length, so here goes: Burke thinks that the answer to everything is common sense, although his term for “common sense” was ... Przeczytaj pe³n± recenzjê

Born in Ireland in 1729, Edmund Burke was an English statesman, author, and orator who is best remembered as a formidable advocate for those who were victims of injustice. He was the son of a Dublin lawyer and had also trained to practice law. In the 1760s, Burke was elected to the House of Commons from the Whig party. Burke spent most of his career in Parliament as a member of the Royal Opposition, who was not afraid of controversy, as shown by his support for the American Revolution and for Irish/Catholic rights. His best-known work is Reflections on the French Revolution (1790). Some other notable works are On Conciliation with the American Colonies (1775) and Impeachment of Warren Hastings (1788). Edmund Burke died in 1797. 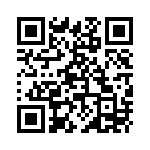