3.5/5 I don't like Effi, she's childish. But while reading the last pages, I pitied her. And I felt badfor her. After all, she was just a little girl, who wanted to be free and didn't know better ... Read full review

Fontane's fictional studies of nineteenth-century Berlin society, written in his late maturity, secured him a firm place in literature as a master of the German realist novel; his declared aim was to show "the undistorted reflection of the life we lead." "He introduced his people in spirited conversations at picnics and banquets, and developed a broad and yet intimate perspective of background conditions; he was less interested in plots, and often would make a point by silence" (Ernst Rose). Effi Briest (1895), his masterpiece, is a revealing portrait of an individual victimized by outmoded standards. Fontane, on whom Sir Walter Scott had made a deep impression, traveled to England as a journalist and wrote two books based on his experiences: A Summer in London (1854) and Across the Tweed (1860). He also wrote historical novels, poetry, and dramatic criticism. 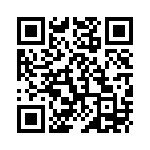