Dr. Pratapaditya Pal was born in Bangladesh, grew up in Kolkata, India and has lived in the United States since 1967. He completed his doctorate in Fine Arts and History from the University of Calcutta with a special focus on Nepal. In 1962, he received the Commonwealth Scholarship of Cambridge to do his second Ph.D. on Nepalese art.

In 1967, Dr. Pal moved to the U.S. and took a curatorial position as the "Keeper of the Indian Collection" at the renowned Museum of Fine Arts in Boston. In 1970, he joined the Los Angeles County Museum of Art and was there until he retired.

Dr. Pal has written over 60 books on Asian art, with a sample of titles including, "Art of the Himalayas: Treasures from Nepal and Tibet" (1992), "The Peaceful Liberators: Jain Art from India" (1999), and "The Arts of Kashmir" (2008). He has written over 200 papers on Asian Art. Dr. Pal is also a 2009 recipient of the Padma Shri Award, which is India's fourth highest civilian honor, for his extraordinary contribution to the sphere of art. 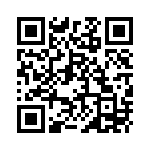