George F. Kennan was America's most acclaimed Cold War diplomat as well as a prize-winning historian and author. 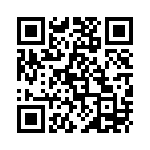