Frederik Pohl has won all the major awards in the field of science fiction, including three Hugo Awards, two Nebula Awards, both for Best Novel; the John W. Campbell Memorial Award, also for Best Novel; he was accorded the accolade of Grand Master by the Science Fiction Writers of America. He's also won three Hugo awards as editor of the best magazine. He edited the groundbreaking Star Science Fiction series of original-story anthologies. He and his wife, educator and political activist Elizabeth Anne Hull, live in Palatine, Illinois. 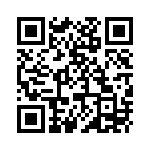