Noel Rose was born in Stamford, Connecticut. He attended Yale University for his undergraduate education followed by the University of Pennsylvania for a Ph.D. and State University of New York at Buffalo for an MD. He was a member of the faculty of the State University of New York at Buffalo School of Medicine for a period of 20 years, rising through the ranks to become a professor of Microbiology and Medicine, Director of Clinical Laboratories and Director of the Center for Immunology. He then spent ten years at Wayne State University School of Medicine where he chaired the Department of Immunology and Microbiology. In 1981, he joined the faculty of Johns Hopkins University as chairman of the Department of Immunology and Infectious Diseases. He presently holds professorial appointments in the Departments of Pathology, Molecular Microbiology and Immunology, Medicine and Environmental Health Sciences at The Johns Hopkins University and directs the Center for Autoimmune Disease Research. Dr. Rose’s original investigations on the autoimmune basis of thyroid disease in 1956 opened the present era of research on autoimmunity. He has since investigated many areas of autoimmunity and related issues in clinical and basic immunology. Dr. Rose is the author or co-author of over 800 scientific papers and editor or co-editor of 24 books. He has received numerous honors, including two honorary doctoral degrees, election to fellowship in national or international societies, service in national and international organizations and editorial boards of leading journals. 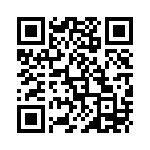