A very interesting look at the history of video game companies. I really enjoyed learning about how many of these companies got their start and the troubles they may have had. The book goes very deep ... Read full review

I've always been fascinated with video gaming history. Although I was born in the mid 80's, consoles such as the Atari 2600 have always captured my interest even though they were "outdated" by the ... Read full review

Steven L. Kent, a lifelong a gamer since the debut of Pong, writes weekly columns about electronic entertainment for the Los Angeles Times syndicate, MSNBC, and the Japan Times. His articles have appeared in USA Today, Rolling Stone, Replay, Wired, Next Generation, and numerous other publications. Mr. Kent has also appeared on CNN, the CBS Morning Show, and the NBC Nightly News. He lives with his wife and two children in Bothell, Washington. 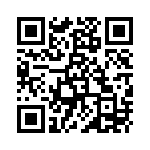