Bruce Page obviously loves the profession of journalism and has written a fine book about the business in it's political environment, specifically relating to Rupert Murdoch. Murdoch's father Keith ... Read full review 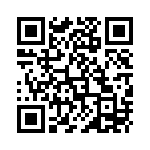