Robert W. McChesney is professor of communication at the University of Illinois at Urbana-Champaign, author of Rich Media, Poor Democracy and Our Media, Not Theirs, and co-editor of Monthly Review. 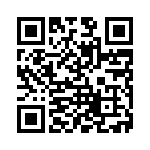