Steven M. Emmanuel is Professor of Philosophy at Virginia Wesleyan College, USA. He is the author of Kierkegaard and the Logic of Revelation (1996) and editor of two previous volumes with Blackwell: The Guide to the Modern Philosophers: From Descartes to Nietzsche (2001) and Modern Philosophy: An Anthology (2002). In 2008, he produced and directed an award-winning documentary film entitled Making Peace with Viet Nam. 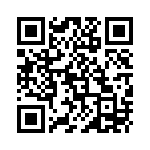