Matt Stone (Glendale, CA), former executive editor of Motor Trend magazine, has been a professional automotive journalist and photographer since 1985. He is the author and photographer of several books, including Motorbooks' best-selling 365 Cars You Must Drive (2006), My First Car (2011), McQueen's Machines (2010), McQueen's Motorcycles (2017) and Hot Rod Empire (2018). He is the co-author, with Preston Lerner, of Winning: The Racing Life of Paul Newman (2014) and History's Greatest Automotive Mysteries, Myths, and Rumors Revealed (2014).

Mario Andretti is auto racing's definition of "Been There, Won That." His professional driving career spanned more than four decades and includes pit-stops as a Formula One driver (1978), an Indy 500 winner (1969), the Daytona 500 (1967), and four CART/USAC open-wheel racing national championships. Andretti has been called Mr. Versatile, known for driving everything from USAC sprint cars on the dirt to IndyCars, sports racing prototypes, and of course F1. He was Newman Haas Racing's first driver when the team was formed in 1982, raced there for 12 seasons, and is considered one of Paul Newman's closest friends. 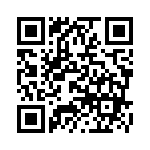