Chris Carlsson, director of the multimedia history project Shaping San Francisco (foundsf.org), is a writer, publisher, editor, and community organizer. For the last thirty years his activities have focused on horizontal communications, organic communities and public space. Carlsson was one of the founders, editors and frequent contributors to the San Francisco magazine Processed World; he also helped launch the monthly bike-ins known as Critical Mass that have spread to five continents and over 300 cities. Carlsson has edited four books, published a novel, After the Deluge, (Full Enjoyment Books: 2004) and his most recent work is Nowtopia (AK Press: 2008).

LisaRuth Elliott, co-director of Shaping San Francisco, has spent the last 20 years flexing her grassroots activist muscle in San Francisco and internationally. She has written for, edited, and produced print and web-based communications materials for San Francisco Bay Area nonprofit organizations since 1996. She has worked with communities on a broad range of human rights and human dignity issues and has engaged with the challenge of creating new possibilities out of the chaos following natural disasters in Thailand and Peru. She is currently volunteering with grassroots efforts to rebuild in Haiti. She is a dancer, a weaver, a bread baker, an everyday bicyclist, an urban farmer, and a visual artist. 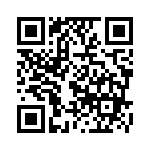