There has been so much written on the life of John Lennon and I finally got around to reading one of them. Tim Riley seemed to put together a pretty good portrait of the man and his remarkable life ... Read full review

Tim Riley takes readers on an amazing journey of a Liverpool art student who gains the highest fame. Showing Lennon's life from his disastrous childhood to his epic media romance with Yoko Ono. This biography takes the reader through rock history as Lennon might have experienced it himself. Read full review

Tim Riley has made a career as a media and music critic. Rock critic for NPR, Tim is the author of Tell Me Why: A Beatles Commentary (Knopf/Vintage 1988), Hard Rain: A Dylan Commentary (Knopf/Vintage1992, Da Capo 1999), Madonna: Illustrated (Hyperion 1992), Fever: How Rock'N'Roll Transformed Gender In America (St. Martin's/Picador 2005); and has contributed to Newsweek and The Washington Post, among other publications. He was Brown University's Critic-in-Residence in 2008 and currently serves as a Journalist-in-Residence at Emerson College. 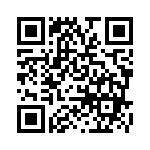