This book was a lot of fun to read and is quite well written. By the end I really felt a lot more comfortable with the concept and use of imaginary numbers. The history is fascinating, of course dominated by Euler and Gauss but many other names that are known from different math classes. There is a lot of detailed algebra which requires being half-awake to follow.

Paul J. Nahin is the author of many best-selling popular math books, including Digital Dice, Chases and Escapes, Dr. Euler's Fabulous Formula, When Least Is Best, Duelling Idiots and Other Probability Puzzlers, and Mrs. Perkins's Electric Quilt (all Princeton). He is professor emeritus of electrical engineering at the University of New Hampshire. 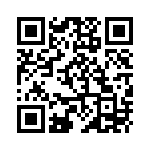