The truth never stands in the way of a good story

Verbally transmitted stories that have influenced history, beliefs, morals, and humor, folktales usually derive from a retelling by a "friend-of-a-friend" through which the tale has become accepted as ... Read full review

it is true my mom was a brownie for the Girl Scouts and was on the show in Baltimore Maryland when the incident took place. and he said shove it clown not cram it clown. shove it clown was worse back then and the brownies got in trouble for laughing

Jan Harold Brunvand, is professor emeritus of English specializing in folklore at the University of Utah. He is the author of numerous books, including The Baby Train and Other Lusty Urban Legends and Too Good to Be True: The Colossal Book of Urban Legends. 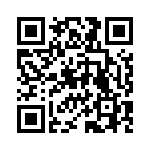