Steve Redhead is professor of sport and media cultures in the Chelsea School at the University of Brighton, specializing in social and cultural theory, post-youth culture, law and popular culture, and football culture. His recent publications include Paul Virilio: Theorist for an Accelerated Culture and Subculture to Clubcultures: An Introduction to Popular Cultural Studies. His Web site is http://www.steveredhead.com. 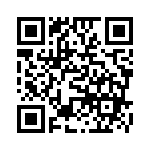