Interesting set of essays applying religions to politics, not in the 'holier-than-thou' moralizing way seen in modern fundamentalists, but in a way that seems almost inviting to secular reasoning ... Read full review

At a time when to fight or not to fight has become a burning question, these essays are particularly interesting, and will delight and madden any reader with party ties — be they church, state or ... Read full review

Walter Lippmann once called Reinhold Niebuhr the greatest mind America had produced since Jonathan Edwards. It was fitting, then, that Niebuhr died at home in Stockbridge, Massachusetts, in the town where Edwards had preached. He was born in Wright City, Missouri, and his father was a German immigrant who served those German-speaking churches that preserved both the Lutheran and Reformed (Calvinist) traditions and piety. After seminary in St. Louis, he studied for two years at Yale University, and the M.A. he received there was the highest degree he earned. Rather than work for a doctorate, he became a pastor in Detroit, where in his 13 years of service a tiny congregation grew to one of 800 members. Part of his diary from those years was published in 1929 as Leaves from the Notebook of a Tamed Cynic. During that time he began to attract attention through articles on social issues; as he said, he "cut [his] eyeteeth fighting [Henry] Ford." But the socialism to which he was attracted soon seemed naive to him: human problems could not be solved just by appealing to the good in people or by promulgating programs for change. Power, economic clout, was needed to change the systems set up by sinful groups, a position expressed in his 1932 book, Moral Man and Immoral Society. By this time Niebuhr was teaching at Union Theological Seminary in New York, where he spent the rest of his career. Niebuhr's theology always took second place to ethics. He ran for office as a socialist, rescued Paul Tillich from Germany, became a strong supporter of Israel, gave up pacifism, and was often too orthodox for the liberals, too liberal for the orthodox. His The Nature and Destiny of Man is one of the few seminal theological books written by an American. In it he reiterates a theme that led some to place him in the Barthian camp of Neo-orthodoxy: the radical sinfulness of the human creature. The human condition as illumined by the Christian tradition was always the arena in which he worked. 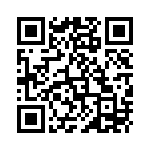