Cao Xueqin was born into a wealthy family whose status and fortune diminished when he was a child. He spent the remainder of his life in poverty. The Dream of the Red Chamber, which he devoted ten years of his life to writing, was not published until thirty years after his death.

H. Bencraft Joly was Vice-Consulate of Macao at the time he translated The Dream of the Red Chamber in an effort to advance appreciation of Chinese literature among Western scholars. 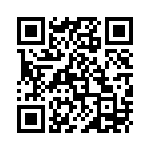