The journey and continuing travails of the nation's black journalists.Newkirk (Journalism/New York Univ.) begins her account with Freedom's Journal, the first black newspaper in the US, launched in ... Read full review

Pamela Newkirk is Professor of Journalism at New York University. She is the author of Diversity Inc.: The Failed Promise of Billion-Dollar Business and Spectacle: The Astonishing Life of Ota Benga. 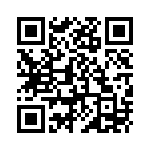