Karim J. Yaghmour is part serial entrepreneur part unrepentant geek. He is the CEO of Opersys Inc., a company providing development and training services on Embedded Android and Embedded Linux, and is most widely known for having authored O'Reilly's Building Embedded Linux Systems — which sold tens of thousands of copies worldwide and has been translated into several different languages.

Karim has presented and published as part of a number of peer-reviewed scientific and industry conferences, magazines and online publications, including Usenix, the Linux Kernel Summit, the Embedded Linux Conference, the Android Builders Summit, AnDevCon, the Embedded Systems Conference, the Ottawa Linux Symposium, LinuxJournal, the O'Reilly Network and the Real-Time Linux Workshop. 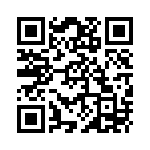