Brian Catlos spent over a decade living and travelling in Europe, the Americas, the Middle East, North Africa and Asia before completing his PhD (Medieval Studies, Toronto) and joining the History Department at the University of California, Santa Cruz. He is a former President of the American Academy of Research Historians of Medieval Spain, Co-Director of the Mediterranean Seminar, PI of the University of California Multi-Campus Research Project on Mediterranean Studies, an affiliate of the UCLA Center for Medieval and Renaissance Studies, an associate of Spain's national research council (CSIC), and a member of several journal boards. He has published extensively on religious minorities and Christian-Muslim-Jewish relations in medieval Europe and the Islamic world, and has received numerous grants and awards, including an NEH Faculty Fellowship. His first academic book, The Victors and the Vanquished, was awarded two prizes by the American Historical Association, and recent articles, he de Reys' and ccursed, Superior Men', won the Bishko Prize and the Webb Prize. In 2009 he was appointed to Religious Studies at the University of Colorado, Boulder, with cross-appointments in Jewish Studies and Humanities. He appeared in the PBS documentary ities of Light', and writes travel guide books. 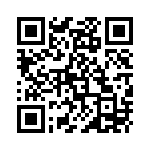