The Oxford illustrated history of opera

There are few one-volume histories of opera available, and none includes the up-to-date information contained here. Nine leading authorities (all contributors to The New Grove Dictionary of Opera, 4 ... Read full review

About the Editor:
Roger Parker is Lecturer in Music at Oxford University and Fellow of St. Hugh's College. Until recently an Associate Professor of Music at Cornell University, he has published extensively on Verdi and on nineteenth-century Italian opera. 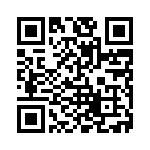