By Ralph Poore
Because author Gregg Barak on page 262 of his book described my analysis of one his articles as a “hatchet job,” by which I assume he means unfair criticism, I will respond to his remarks about my newspaper column from 1987.
Barak makes a number of errors in the single paragraph he devotes to responding to my column. He states that I devoted my “entire editorial” to critiquing his piece. In fact, my analysis appeared in my bylined column and not in an editorial. Columns are the opinion of the author. Editorials are the opinion of the newspaper and are unsigned.
(By the way, the “entire” column consisted of a mere 486 words, and I used nearly half that space presenting Barak’s points.)
As clearly stated on the column itself, I was then the editorial page editor of The Mobile Press, the afternoon edition of The Mobile Press Register, and not of the overall newspaper.
Barak says that his article was distributed “statewide,” but then seems to criticize me for commenting on it because it “had not been published within 150 miles of Mobile.” For those unfamiliar with Alabama geography, a distance of 150 miles from Mobile takes in almost the entire southern half of the state. Apparently, “statewide” distribution doesn’t include anywhere south of Montgomery, where Barak was stationed at the time.
Barak writes that whether my “remarks were correct is beside the point.” Perhaps that is because they were correct, but Barak doesn’t seem to concern himself much with accuracy or truth. Although he calls my analysis a “hatchet job,” he never states where my comments were unfair.
I will do something Barak did not do. I will provide you with my entire column so that you may decide for yourself if it is I or Barak who is guilty of a hatchet job. One interesting thing to note from the column: Barak’s outlandish prediction that “75 percent of all working Americans will be living in poverty by 2000.” The passage of time has put the lie to much of what Barak said.
Here is my column from June 28, 1987:
“Two Montgomery educators are distributing a fallacy-laden opinion article on the causes of poverty in Alabama to the state’s newspapers in the hope of generating support for their proposed solutions.
“If the proposals in the article were actually undertaken, they would cause more harm to the very poor the authors seek to help.
“The article was written by Gregg Barak and Charlotte Pagni. Barak has a doctorate in criminology and is chairman of the Department of Criminal Justice at Alabama State University in Montgomery. Charlotte Pagni has a master’s degree in film, is an educator and serves as the community relations coordinator for Aid to Inmate Mothers.
“Among the fallacies put forth by the authors are: More and more members of the middle class are slipping into poverty and becoming the ‘new poor;’ the number of poor is increasing rapidly; the state’s high infant mortality rate, high utility bills for the poor and low quality of social services result from rich landowners dominating Alabama politics; 75 percent of all working Americans will be living in poverty by 2000.
“Barak and Pagni assert that, ‘As the gulf between the “haves” and “have-nots” continues to widen, the only viable solution involves a fundamental redefinition of work and a redistribution of our resources.’
“Among the solutions proposed in the article are: construction of affordable housing, provision of health and child care, increasing the minimum wage, creation of more jobs and better education.
“Barak and Pagni never present any specific evidence to back up their broad generalizations about the ‘causes’ or scope of poverty in Alabama. Their generalizations, in fact, are a localization of the purported findings of some poorly done national studies. Those national studies—purporting to show that the middle class is declining, homelessness increasing, manufacturing disappearing, etc.—received a great deal of publicity when the 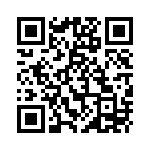