Painful Perkins, fellow of Christ College
His statement revels that at int ital, people have trust on religion, as on on religious quarrel was the one, which led them to leave England. So the people aiding the minister to maintain an interesting style with lucidness so that every member of puritan society could go threw the sermon easily. On juxtaposition minister too realize there duty, and furnish the best role to hold the perspicuity in there sermon.

Born and educated in Chicago, Perry Miller received his Ph.D. from the University of Chicago in 1931. From that year until his death, he taught at Harvard University. Working with such source materials as diaries and letters, he studed the literature and culture of New England in the colonial and early national eras. His books, and especially his most popular work, The New England Mind (1939--53), radically altered the old stereotypical view of Puritan life as dreary and uninvolved with worldly matters and did much to create renewed interest in the Puritanism of early New England. As Granville Hicks wrote, "He respected the Puritans as thinkers, and he regarded them more highly than he did their successors who moderated their teachings" (Saturday Review). A professor of American literature, Miller wrote critical essays and compiled anthologies of early American poetry and prose. One work, The Life of the Mind in America, published posthumously in 1965, won the 1966 Pulitzer Prize in history. All of Miller's works were informed by a keen sense of history and reminded students of American civilization of how much the Puritans and the Transcendentalists shaped the national culture. 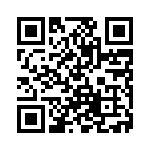