i have already read the older version of this book... its great very infomative, i have actually followed the directives to the best of me ability and found myself with more energy and just an overall ... Read full review

Sally Beare was born in the UK and was educated at St. Paul's Girls' School in London and at Durham University, England, where she obtained a bachelor's degree in Combined Arts (English, Psychology and Russian Literature). She has worked as an environmental campaigner, a teacher at a secondary school, and a television researcher and producer. She decided to become a nutritionist after a dramatic improvement in her own life and health resulted from changing her diet and she subsequently studied at the British College of Nutrition and Health in London. She currently lives in Islamabad, Pakistan, with her husband and their daughter. 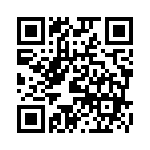