"If you don't care about the networks, the networks will take care about you." This sentence from the books motivates Castells' work. Internet Galaxy examines various aspects of the network society and should be required reading for anyone living in this new millennium. Read full review

THE INTERNET GALAXY: Reflections on the Internet, Business, and Society

Far-reaching analysis by the author of the Information Age trilogy (The Rise of the Network Society, not reviewed, etc.) of the Internet's birth and its impact on a range of human activities ... Read full review

Manuel Castells, born in Spain in 1942, is Professor of Sociology, and Professor of City and Regional Planning at the University of California, Berkeley, where he was appointed in 1979 after teaching for twelve years at the University of Paris. He has also been a visiting professor in fifteenuniversities around the world, and an invited lecturer in hundreds of academic and professional institutions in thirty-five countries. He has published twenty books including the trilogy The Information Age: Economy, Society, and Culture, published by Blackwell in 1996-2000, and translated intotwelve languages. Among other appointments, he has been a member of the European Commission's High Level Expert Group on the Information Society (1995/97), and a member of the United Nations Secretary General's Advisory Board on Information and Communication Technologies (2000/2001). 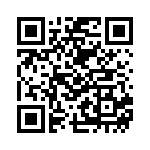