Page 109
There was , for an example , the paper that men gave out here and there , and
sometimes even to him . Now Wang Lung had never in his youth or at any time
learned the meaning of letters upon paper , and he could not , therefore , make ...
Page 126
Then she died , having less strength than I to endure , and after she died I gave
the girl to a soldier because I could not see her starve and die also . ” He paused
and fell silent and after a time he said , “ If I had a little seed I would plant once ...
Page 268
When the child was a month old Wang Lung ' s son , its father , gave the birth
feast , and to it he invited guests from the town and his wife ' s father and mother ,
and all the great of the town . And he had dyed scarlet many hundreds of hens ... 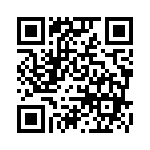