Martin Griffiths is an enthusiastic science communicator, writer, and professional astronomer. Over his career he has utilized history, astronomy and science fiction as tools to encourage greater public understanding of science. He is a recipient of the Astrobiology Society of Britain's Public Outreach Award (2008) and the Astronomical League's Outreach Master Award (2010). He also holds the League's Master Observer certificate and has written or contributed to over 100 published science articles for many journals.

He was one of the founder members of NASA's Astrobiology Institute Science Communication Group, which was active between 2003 and 2006; he also managed a multi-million pound ESF program in Astrobiology for adult learners across Wales between 2003 and 2008. Since then he has been involved in promoting adult education, assisting in the development of a new observational astronomy award at the University of Glamorgan and various other projects, including initial consultation on the setup of an observatory in Andalucía, Spain. He is a consultant to the Welsh government through his involvement with the Dark Sky Discovery initiative, enabling public access to dark sky sites in association with Dark Sky Wales, Dark Sky Scotland and Natural England.

Martin is a Fellow of the Royal Astronomical Society and a member of the Astrobiology Society of Britain, the European Society for the History of Science, the British Astronomical Association, the British Science Association, the Webb Deep-Sky Society, the Society for Popular Astronomy, and the Astronomical League. He is also a local representative for the BAA Campaign for Dark Skies and is a member of the Honorable Society of Cymmrodorion, dedicated to promoting the literature, science and arts of Wales. 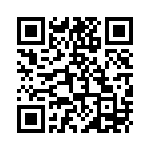