Jane Eyre tells of a background coming from an unloved almost reviled childhood fighting the teachings of tradition to gain independance and fighting the natural desires of love. Torn between love and her moral upbringing that she fought so hard to defy. Read full review

This book included both Wuthering Heights and Jane Eyre, so I'll review each separately. Jane Eyre: I loved this book! I thought it was highly romantic, and I was glad things got resolved. Wuthering Heights: I read this after and was disappointed because I did not like it as much. Read full review

Charlotte Brontë (1816–55) was an English novelist and poet, and the eldest of the world-famous Brontë sisters whose novels are considered classics in nineteenth century fiction. Their works still intrigue fans today, more than 150 years after they were first published. Charlotte left school at age 14 to tutor her sisters, Emily and Anne, and the sisters later turned to writing when they were unsuccessful in opening a school. Charlotte’s first novel The Professor (1857) was at first rejected, but her second novel Jane Eyre was published in 1847 to great success. By 1848 the sisters had renounced their pseudonyms and became celebrated in literary circles for their gripping novels.

Judith John (Glossary) is a writer and editor specializing in literature and history. She has worked as an editor on major educational projects, including English A: Literature for the Pearson International Baccalaureate series. Judith’s major research interests include Romantic and Gothic literature, and Renaissance drama. 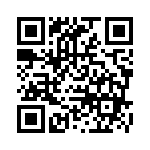