One of the most scholarly books written on the subject.

DOUGLAS M. KNIGHT JR. is a musician and independent scholar whose personal and artistic relationship with India and Balasaraswati's family began in the late 1960s. He has appeared in performance with Balasaraswati, her brothers Ranganathan and Viswanathan, her daughter Lakshmi Knight, and her grandson Aniruddha Knight. He has been a Fulbright Scholar and a Guggenheim Fellow, as well as the recipient of other honors and awards. 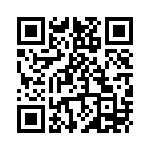