Tim Fanning is a writer and historian with a particular interest in Spain and Latin America. His critically acclaimed first book, The Fethard-on-Sea Boycott, was an Irish bestseller. His most recent book, Paisanos: The Forgotten Irish who Changed the Face of Latin America, which tells the story of the Irish emigrants who fought for Latin American independence, has been published in Irish, Argentinian, Colombian and US editions. He is also a contributor on Spanish and Latin American subjects to The Irish Times and Sunday Independent. 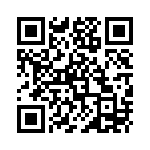