Dr. Richard S. Grayson is Head of the Politics Department at Goldsmiths, University of London, UK, where he is also Senior Lecturer in British and Irish Politics. A former Director of Policy of the Liberal Democrats, he has written two books on interwar British political history. His great-uncle, from Lurgan, Co Armagh, served and died (in September 1915) on the Western Front in the 2nd Battalion of the Royal Irish Rifles. 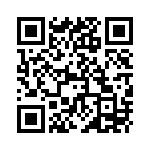